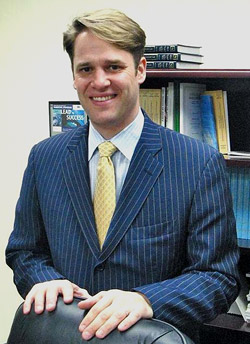 During Jason McCoy's career in public service he has pushed for governmental accountability, governmental responsibility, and protection of citizens rights and worked hard to foster an environment that increases the choices of the citizens. Attorney McCoy was serving on the Vernon Town Council since 1998 and sponsored and supported many policies that have enhanced the quality of life in the Town of Vernon.

In 2005, Attorney McCoy was reelected to the Vernon Town Council and became the Deputy Mayor of the Town Of Vernon after being unanimously chosen by his Town Council colleagues. Attorney McCoy was elected Mayor of the Town of Vernon in 2007 for a two year term and re-elected in 2009 to a second term which ended n November of 2011. In 2009, McCoy was one of six mayors in Connecticut chosen by Governor M. Jodi Rell to work closely with state officials and lawmakers to identify savings and recommend mandate relief to help close Connecticut's sate budget shortfall.

Throughout his time on Town Council and as Mayor of the Town of Vernon, Attorney McCoy has fought to keep Rockville General Hospital open, supported the redevelopment plan for downtown, fostered a positive environment to redevelop the abandoned mills, helped to attract federal money for the clean up of the polluted mills and brown fields, and has created ways to increase revenue for the town without increasing taxes. He has worked to control government spending while working to keep the same level of services to the citizens.

1998 Appointed to the Vernon-Rockville Town Council